So far, I’ve tried several tire modelss with the Milan. As usual, I can’t say much about the rolling resistance of these tires (no power meter) and since there is a small hub motor in the Milan, I’m most concerned about handling and especially wet grip.

The Milan velomobile is used for my daily commute in Northern Germany. We experience rain throughout the year and I have no patience for slippery tires. Hence, no interest in the really fast Greenspeed Scorcher 120, or the cheap and quick Innotire Nutrak with their reportedly abysmal wet grip.

The Schwalbe Durano was around for a pretty long time, but it seems Schwalbe recently discontinued the Durano in 28-406 size. Thats a shame, because its actually quite a nice tire. No speed demon that flinches at any road imperfection, but a dependable tire with reasonable puncture protection and pretty good wet grip. 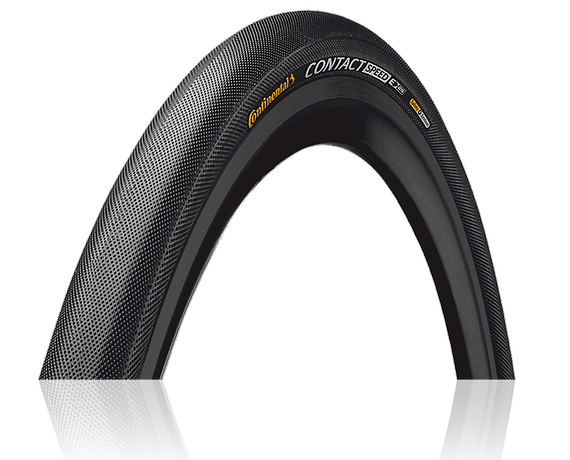 The Continental Contact Speed comes in several sizes (20″-29″). Due to its low price and reasonable good speed its often suggested in the German velomobile forum, hence I gave it a try.
The Contact Speed handles quite well on dry roads, but compared to the Durano, it felt way too slippery for comfort in rain. Even worn-in it doesn’t get noticeably better and you better pray if you have to make an emergency brake in rain. I’ve had some close calls and abandoned it after 550km. Since the DTH (see below) is a much better and quicker tire, the Conti’s will probably end-up on the trailer.

The used Milan GT came shod with Kojak 35-406 at the front. While the Kojak handles quite well and offers good traction on tarmac, it ain’t no quick tire. I can’t put my finger on it, but I prefer the Durano (actually, I much prefer the Shredda and especially the DTH – see below).

The usual suspect. Quick, great traction on any surface, sadly discontinued by Schwalbe in 2016. The Shredda Evo was hands down the favorite front tire in my trikes and still is a very, very, nice velomobile front tire that is unfortunately not available anymore (I’ve got the very last specimen from the stock Velomobiel.nl obtained from Schwalbe in 2016).

Saukki did a roll-down test of the Shredda Evo, the G-One Speed and the Scorcher 120.

While not exactly a scientific test, it gives a good idea how these tires compare.

The Maxxis DTH (Drop The Hammer) is designated as a BMX race tire (like the Shredda). It seems reasonably quick, offers very good handling and even better wet grip than the Shredda Evo. Since the Milan has closed wheel wells, I’m especially fond about the thread that extends to the side walls. In tight corners, the thread will touch the wheel wells first, so there is no danger that the wheel wells will damage the thin side walls.

No joke, the Milan is currently shod with this tractor tire. The Marathon GT 365 won’t set any speed records, but the grip on wet roads is a good deal better than anything I’ve tried before! The coarse thread makes quite bit of noise, though.

It got lots of rubber and Schwalbes “DualGuard” puncture protection. I think I found my new winter tire for the Milan.

Update 2019-10-18
While the wet grip of the GT 365 is absolutely stunning, my trip to Lübeck indicates, the GT 365 seem to be responsible for about 30% higher consumption figures, compared to the figures I’m used to with the quicker tires (Shredda, DTH, even the Durano and Contact Speed).
Looks like they are better used on daily commutes in adverse weather conditions where higher consumption is of less concern, than on trips exceeding 100km.

A few days ago the Continental Contact Urban arrived, went into the Milan and today I’ve rode a 109km tour on still slightly wet roads at around 1°C. Wet grip of the Contact Urban seems to be on par with the GT365, but the Contact Urban is noticeably quicker and more importantly, isn’t as loud as the GT365. No surprises when going around corners or braking hard even from 80km/h+! The Contact Urban simply sticks to the tarmac no matter what. Looks like, I found my new standard tire for the cold and wet season and as long as there is no snow, the GT365 will probably never go back into the velomobile. 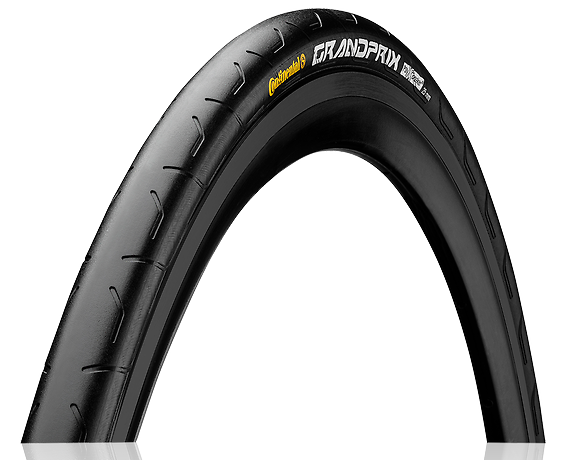 The Milan came shod with the Continental Gran Prix in 28-559 size at the rear. Apart from missing a thread for off road “adventures”, its a pretty nice tire. Since I prefer more beefier rear tires, it found its way onto the 26″ front wheels of the Vortex.

Since I still got two Schwalbe Big Ben in the discontinued 50-559 size and am quite fond about its very good wet grip, I shod the Milan with the Big Ben to prevent any “surprises” while getting accustomed to the velomobile. The Big Ben didn’t disappoint.

The Contact Speed 42-559 arrived together with the 28-406 size for the front. After a mere 101km I’ve swapped it for G-One Allround (see below), since the Conti offers way less wet grip than I’m comfortable with.

Like I’ve wrote for the 20″ version, the Marathon GT 365 won’t set any speed records, but the grip on wet roads is a good deal better than anything I’ve tried before! It certainly will serve as my winter tire.

Since the Schwalbe G-One Allround doesn’t come in 559 size, I had to build a new rear wheel with a 584 size rim, to try the G-One Allround Performance in 35-584.
While the cheaper “Performance Line” version isn’t as fast as the “Evolution Line” version, it seems like a reasonable quick tire with very good wet grip. After a mere 1,900km the thread is mostly gone, though. Still, I like the G-One Allround and I’m looking forward to test its quicker brethren (the G-One Speed) in the future.

Since the Continental Contact Urban offers such good wet grip on the front wheels, it’ll go onto the rear wheel as well.

This site uses Akismet to reduce spam. Learn how your comment data is processed.